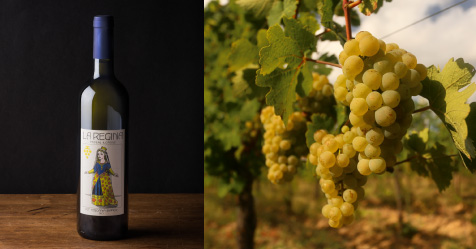 The Crossing Manzoni or Manzoni Bianco is a variety developed in the thirties by Prof. Luigi Manzoni, at the School of Viticulture and Enology of Conegliano. In those years many diseases of the vine fueled a deep crisis for viticulture in Europe. For this reason since the beginning of the ‘900 there was a great interest for genetic improvement of vine through crossbreed and hybridization. In this way was born for example the famous Muller Thurgau.

Manzoni Bianco is a native vine of the Treviso province, but today it is grown on a large part of the national territory. When Thomas Wulf in 1990 planted the first vines of this type in Podere Lignano in Pienza, in Tuscany this vine was a real newness. By now it’s been more than 16 years, and at Podere il Casale, we take care of the vineyards planted by Thomas Wulf. We can proudly say that the vinification of these grapes, unusual in Tuscany, was successful. Today there are two of our wines with grapes Incrocio Manzoni.

The Incrocio Manzoni 6.0.13 or Manzoni White has excellent ability to adapt to very different climates and soils. It prefers hilly terrain, not compact, deep and cool. The bunch is small and medium compact. The berries are small, yellow-green in color, has a thick skin and an aromatic flavor.

From the Crossbreed Manzoni 6.0.13 or Manzoni Bianco we obtain an extraordinarily elegant wine. This vine has large qualities of finesse and elegance, discrete acidity. With Manzoni Bianco we produces wines of great quality. From the vinification of Incrocio Manzoni we get a fine and delicate wine, full bodied and exceptionally balanced.

At Podere Il Casale we have decided to focus on this grape. It was a gamble here in Tuscany, surrounded by great wines and great names such as Brunello di Montalcino, Nobile di Montepulciano or Chianti. It was a bet that today we can say with satisfaction that we won! The grapes Incrocio Manzoni are the real specialties of our vineyards. Incrocio Manzoni has given and continues to give excellent results with the soil and the climate of our area. Our white wines are great to drink young, but it can also be aged with excellent results.

The Incrocio Manzoni 6.0.13 is a vine now fairly widespread but still little known in his bottled expressions: we invite you to try it and taste it at our farm Podere il Casale in Pienza.

Be ambassadors of Incrocio Manzoni!

These are our wines made from grapes Incrocio Manzoni 6.0.13

A regal wine, for its strength and, together, by his grace. It is a wine that acquires qualities with aging. 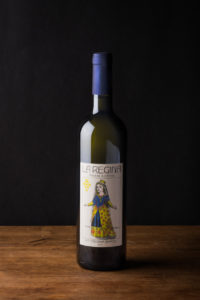 Another typical female figure. The woman, the priestess of the house. The picture reminds us not only the act of drinking, but also the family table, and the art of telling stories. Incrocio Manzoni and Trebbiano. 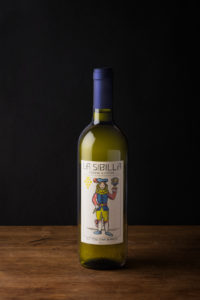