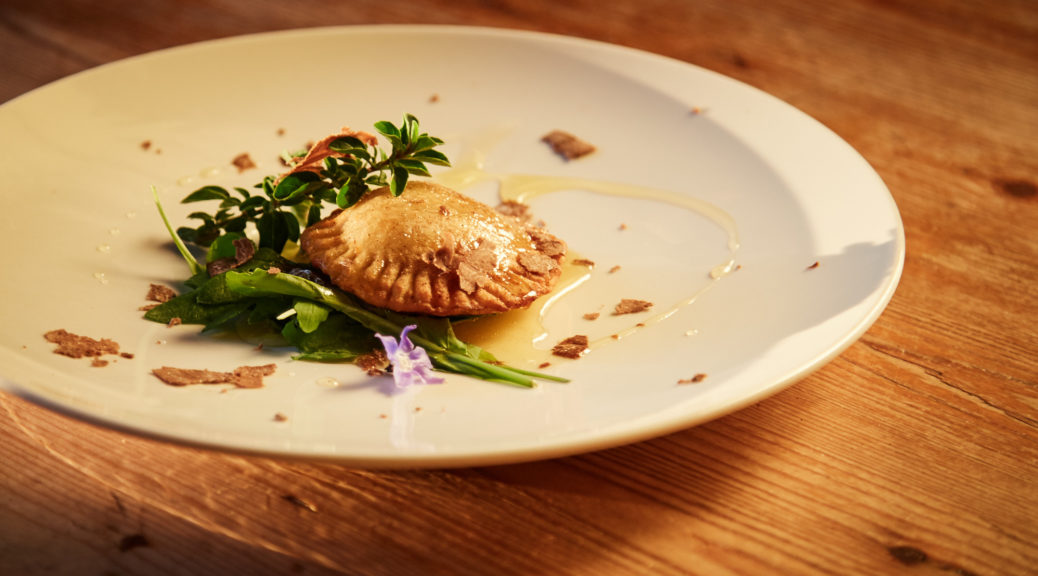 Did you know that white truffle is an excellent ingredient to prepare excellent desserts? That’s right, its scents and fragrances perfectly match with honey and chocolate. Today we have decided to offer you a typical recipe of Sardinian cuisine: the seadas.This dessert is very successful, especially among lovers of gourmet cuisine because it is one of those dishes that breaks the clear boundary between sweet and savory. The truffle and the honey, together with the pecorino cheese give the dish a notable and delicate aromatic charge.

Preparing the Seadas is quite simple. First you have to create the dough. Mix the flour with the eggs and a couple of teaspoons of sugar to create a homogeneous mass. Then add the lard and mix well. The consistency should be slightly softer than the fresh pasta, so if it is too hard, add a little warm water. Once the dough is ready let stand for 30 min. In the meantime you can reduce the flaked pecorino and cut a little truffle. Spent half an hour roll out the dough and make circles with the help of a dough cup or a cup. Now it’s time to stuff them. Put in the center some flakes of fresh Pecorino cheese, a white truffle lamella, a sprinkling of cinnamon, a little sugar and a hint of orange peel. Close by sealing well with the fork, peel the surface and press lightly to let the air out.

At this point bring the peanut oil to temperature and fry your seadas. As soon as you have removed the oil, sprinkle with sugar and let it dry. They are ready, sprinkle with honey and a few of white truffle over them.

PRODUCTS IN THIS DISH: